Phase two of editing continues apace, however, I realized I had not shared a couple of maps with you.  The first is Caprica: 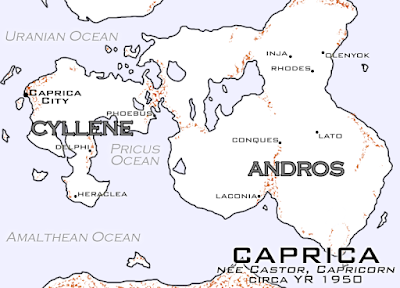 It's based on the limited landmasses seen in BSG and Caprica, plus the image from the QMX map.  Some places were seen first in Book Eight: Picon as a revolution ended the era of imperial puppet nations on the planet (the Virgan-aligned nation of Rhodia was in northern Andros with its capital of Rhodes; the Leonan-aligned nation of Dordogne was in southern Andros with its capital of Lato).

The second map is specific to a single, long chapter in Book Thirteen: Caprica which focuses on a siege: 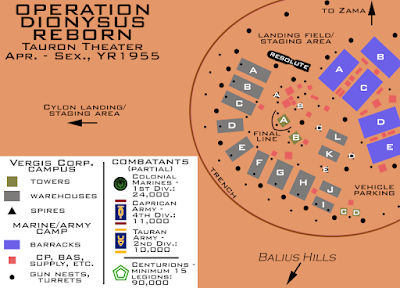 I'm sure that's fairly impenetrable without the context of the story itself, but, hey, it's another map you can look forward to.