Click here to see my author profile and the seven (!) books I've written.

You can rate the books and leave a detailed review, too.  I'd really appreciate it if you guys did that.  Seeing other people's thoughts on my books encourages me to write and it encourages other people to read them, too.

What's Next: 'Lords of Kobol'

If you've been following along on my Facebook, Twitter or Tumblr accounts, you've seen that I've been re-reading all of my Lords of Kobol books.  And taking notes.

First off, I aim to do some slight editing.  "Slight," meaning "spelling, grammar, etc., corrections."  Yes, even though I read these things a dozen times before they were published, I still missed some punctuation and such.

Secondly, I plan to insert color versions of the maps.  I used black-and-white versions because I thought it would be most fair for people who had plain Kindles.  I see from my download stats that most people are downloading it for laptop reading or iPhone/iPad reading, so that concern is nigh moot.  (Also, on a graphical note, Smashwords wants me to increase the size of the covers, so they will have to be redone.  Sigh.)

Thirdly, I may do some pruning.  I found some chapters of Book One to be a little redundant so I may shift some things around and delete a chapter or two.  I'm still reading Book Three, and it's the longest one, yet I don't recall much that could be considered chaff.

You may recall that I said some time ago that I would delve back into the BSG-verse after I finished my foray into erotica.  I said I would write Lords of Kobol - Book Zero. 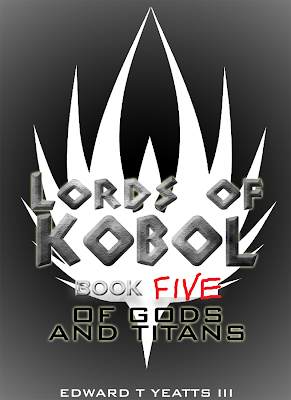 Same thing?  Sure.  But why the odd numbering scheme?

My greatest concern is that a newbie would see all the books and download Book Zero first, thinking it should be read in that order.  Sure, I could include a forward to warn against such foolhardy actions, but it may do no good.

Eh.  I don't know.  Maybe I'll stick with Zero.  Let me know what you think.  Should I just stick to Book Zero and hope the n00bs figure it out before they get spoiled? 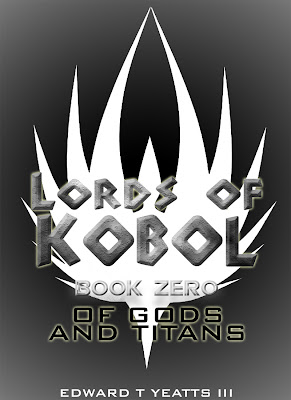 Greg's just a guy telling his story. His marriage to Kelly and the years they enjoyed together. The great sex they had. The neighbors that moved in ... and joined them.

How involved can a couple become with another? Very, apparently. It starts off simple, with sex next to each other. Then there's swapping. Then fourways. And then Victor steps in.

What started off as a "male romance novel; all sex, no romance" is now a little more. Yes, "Sexcalation" is very much loaded with scenes of eroticism and blunt sexual talk, but there is also humor. It's funny. Ladies, if you're looking for some clues into the male mindset, this will help. Guys, there are even a few lessons and some sage advice, too.


"Thank you for writing that story! It's not often adult fiction has a plot or is written intelligently, with humor. I stumbled upon it on probably the first day it was released on SmashWords and it was a pleasure to read. ... While I see you plan to work on similar tales, I'm concerned that as short stories they won't allow for decent character development. I also feel short stories just don't build properly, which Sexcalation happily did. Finally, I applaud your choice of pricing the book reasonably. Too many extremely short works are priced foolishly high. I've got to give you credit where credit is due. Good luck with your upcoming projects. If they are in a similar vein, I definitely plan on reading them."
-- RichSz

"This is an excellent book and my review is far overdue. It's light and humorous in places yet can get heavy when necessary. Loved the ending!"
-- Lazlow