How to make a (Relatively) Simple TARDIS Costume


So James wanted to be a TARDIS for Halloween.  Being a lazy bastard, I rolled my eyes because I knew there would be no TARDISes on the shelf at Target.  "You've got your Finn (Adventure Time) costume from Dragon*Con.  Why not do that?"

Last week, he said he would be Godzilla again this year.  He had been Godzilla for two years in a row.  It was cool and we used the sound shirt, too.  (Watch the video I linked in the previous sentence.)  The costume cost a little bit so I didn't mind the extra use.

But there was the slightest bit of resignation in his voice.  I didn't like that.  Yes, I'm a lazy bastard but I don't necessarily want to pass that on to him.

So I went to an office store and got most of that biz listed below.
INSTRUCTIONS:
If you're an adult, this will easily cover your torso.  For a kid, it comes down to their thighs.

If I had it to do over again, I might have painted blue pane lines on the windows and gone ahead and cut out the rear windows, too.

Also, I might have tried to put a block of foam in the top of the TARDIS and cut out a small circle.  For his head.  I'm imagining Halloween night will be kind of difficult for him to keep it steady.  I might put something in there before then.

At any rate, I hope you like it.  Maybe some of you more crafty types can make it even better. 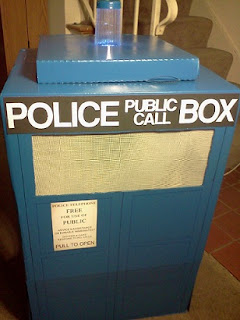 The maps inside are now full color.  I went through and did some selective editing.  (Re-reading them recently, I found some spelling errors, grammar errors, a poorly worded plot beat or two ...)

Also, I tightened up Book One.  It's been no secret that the first book was the hardest for me and in re-reading it with some distance between the present and the writing, I saw things that could be changed/shortened/removed.  There were some redundancies.  All in all, I removed five chapters from Book One.  You won't miss 'em.

So, if you're so inclined, head over to ETY3.com and download the newest versions!  (Currently, Smashwords has, in multiple formats, the new versions.  They'll trickle out to the other distributors in the coming weeks.)

(I've also updated Displaced.  The maps and chart are also full color.)
Posted by ety3rd at 1:51 PM No comments:

Yes, ETY3.com is my official website and it's running right now.

It's pretty basic.  A simple one-stop shop for anyone interested in my stuff.  Easy to navigate with separate pages for my various different books/genres and several links provided for each work in order for you to download from just about anywhere you want.  New covers will be posted there, news, etc.

Of course, I'll keep maintaining this blog.  This is where I'll be getting detailed with every little thing.

In the meantime, check out ETY3.com.  I appreciate it.
Posted by ety3rd at 1:27 PM No comments: 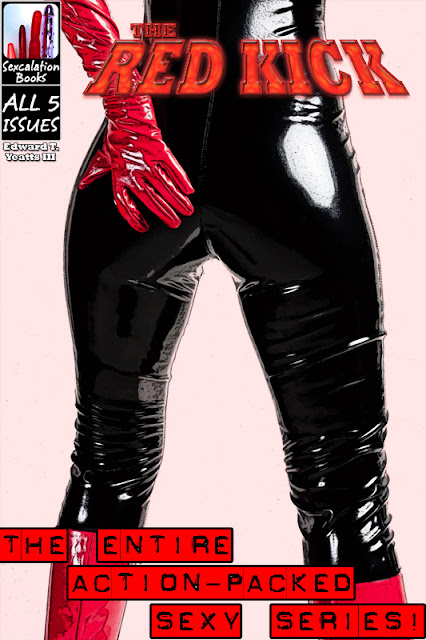 For years, citizens fed up with crime have donned masks to help their fellow man and call the police when the need arises. In Pilgrim City, one such seductive costumed hero has taken things further.

At night, she dances as Blaze or Ginger or Ruby at the city's strip clubs, scouting out and learning all she can from the seedy underbelly of her town. Later, she'll slip into her tight black outfit and her signature thigh-high red boots to patrol the streets as The Red Kick. She fights thugs, drug dealers and gangsters on the reg, but this time, she has uncovered a sprawling plot that threatens to destroy half her home and kill thousands.

"The Red Kick" is an action-packed, sex-filled novel written like a comic book. "BIFF! POW! BANG!" punctuates the adventures both on the street and in the bedroom (or in the strip clubs or wherever else the mood strikes). Put on your mask, grab your junk, punch fools and enjoy THE RED KICK!

"Thought this was a great little story, the cover art is awesome and reminiscent of Sin City and various other film noir classics. The writing style is original and evocative, the imagery great. The story itself reads like a cross between Dick Tracy and Kick Ass with plenty of action, intrigue and some hot sex. Everything a discerning guy could want in short. Oh and hot women."
-- Mikey Lee Ray

"Enjoyed this and will definitely recommend it. Great action and liked the way the steamy parts were written, hot." -- James Riddel

Not sure you want to buy the whole thing?  You can download "Issue #1" for FREE right HERE! 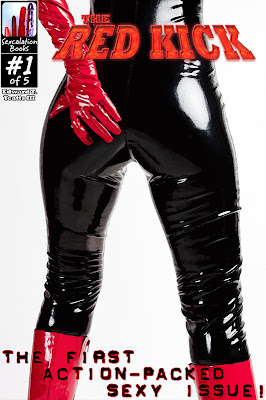 Email ThisBlogThis!Share to TwitterShare to FacebookShare to Pinterest
Labels: the red kick

'How to Raise a Geek'

Once The Red Kick is out of the way, I'll begin in earnest on my next book, How to Raise a Geek.

Yes.  A parenting book.  There will be funny stories and anecdotes and all kinds of fun stuff.  If you ever aim to (or already do) have kids, I think it will be worth your time.

In the meantime, I've rebranded my Tumblr to match this aim.  CHECK IT OUT.  I post pictures of cool toys, videos, movie posters and a lot more. 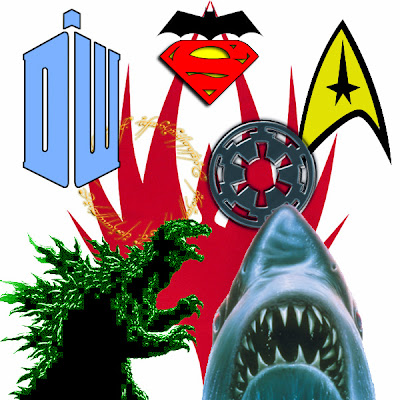