I'm most of the way finished with Colonies of Kobol - Book Thirteen: Caprica ... 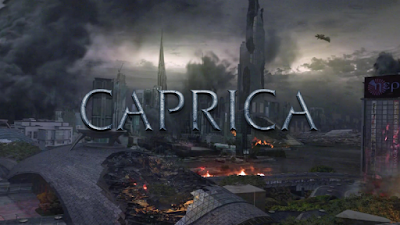 I've said before that I'm regarding this particular entry as seasons two and three of the TV series.  "Season two" is the first half of the book, filling in the time between the end of season one and the events seen in the epilogue of the finale episode, "Apotheosis," and then a bit more to get us to the start of the First Cylon War.  "Season three" is the second half of the book, which is about the beginning of the Cylon War, with primary focus on the formation of the Colonial government, the rise of the Cylons, etc.  At this point in time, I don't intend to do a blow-by-blow account of the war ... I mean, the damned thing lasts twelve years and this book is already longer than any book in the Lords of Kobol series and I'm not finished yet.

I did, however, just finish an action-packed chapter that I thought was pretty cool.  Not every chapter in the book will be like this, but there are several action beats.  Still ... I hope you enjoy it.

You can read it after the JUMP.