Since I'm currently writing Book Fourteen: The Colony, I have to work with the Final Five and their efforts to stop the Cylon War, as well as the rise of Cavil and the Cylon society we know from the show.  Part of this involves Caprica and what would have happened in a second season. 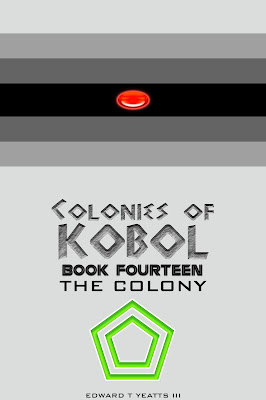 Thanks to interviews, we know that there was a plan involving Zoe and the Graystones' attempt to make a new body for their daughter.  We glimpsed that new body in the series finale (a mechanical body covered with life-like skin emerging from a Cylon-like bath).  In interviews, the showrunner said the key to this body would be given to the Graystones thanks to a V-World link with the Final Five, who were nearing the end of their journey to the Colonies.

"OK, cool," you're thinking.  Well ... there are several problems.  Among them is the fact that the Five were in a severe time dilation thanks to their relativistic speeds.  They were still light years away, when we saw no such form of FTL communication in the shows.  And then there's language.  Surely, planets separated by thousands of years would have differing tongues.

I came up with a solution while preserving the intent of the producers in blending these two shows.  You can read it after the JUMP.