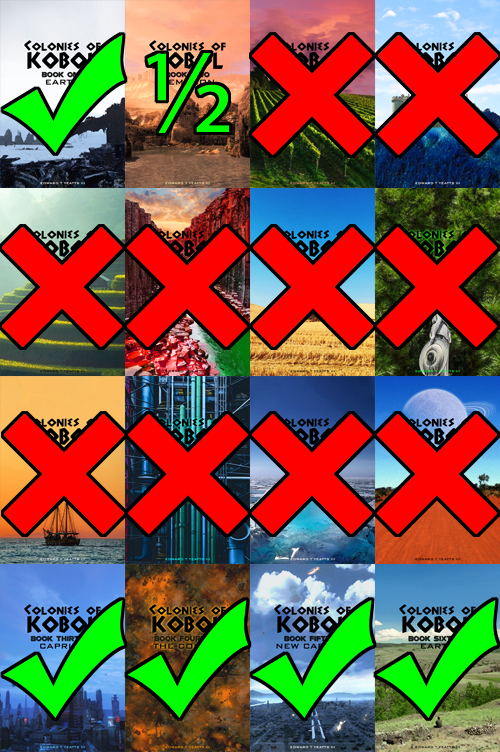 Just to fill everyone in, Book Two is proceeding apace.  The first half of the book is about the exiles from Kobol (as seen at the end of Lords of Kobol - Book Three) landing on Gemenon (initially called Pollux) and what happens next.  Obviously, they can't all stay there.  Otherwise, it wouldn't be Colonies (plural) of Kobol, now would it?  So, the first half sets up the spread of mankind into the other worlds and it also includes some stuff surrounding our old monotheist friends, the Draco.  (Lords of Kobol - Book Two, in case you've forgotten.)

The second half fast-forwards about eight centuries to a time of strife on Gemenon between monotheists and polytheists.  This conflict will have ramifications for centuries more, all the way up to the time of the TV show Caprica, the Cylon War, and Battlestar Galactica.

I have no idea how long it will take.  I had portions of the first half in my mind for years, but that's not the case with the second half.  It's been outlined and, as long as I can keep going for long walks where I hash out my dialogue and story points (I'm sure the neighbors think I'm nuts), I can get it done in a timely manner.

(I've also made a rudimentary map of Gemenon that I've been using.  I might post that sometime soon.)