I've long been worried that people would be disappointed with Colonies of Kobol.  That people have liked Lords of Kobol so much is a surprise in itself, so, naturally, I'm concerned about the follow-up.  I'm just going to type and hope it ends up being therapeutic for me and any release neuroses I happen to have.  Maybe it'll help you readers, too.

1. If you're hoping to read Colonies and get 2,000+ pages of hot Cylon action, you're going to be disappointed.  Cylons appear in ... checks memory ... Book One, and then not again until Book Thirteen - Sixteen.  (Not counting a brief "cameo" in Book Eleven.)  There's plenty of action throughout, however, and that leads me to the next point.

2. A great deal of Colonies reads like an "alternative history" of Earth.  This may or may not surprise you.  The vague backstory of the Twelve Colonies was laid out in Caprica's bible and various other associated sources (including the famed QMX map), including allusions that Virgon and Leonis were essentially England and France, respectively, and they carried out an on-and-off thousand-year war of colonization, imperialism, etc., utilizing their many proxy worlds and nations against each other.  Spoiler alert if you haven't studied Earth history: that's pretty much what happened here, too.  So there will be plenty of battles with each one steeped in a different era of the past reflecting different weapons, armor, ships, and so on.  There is some cross-pollination of the high tech among the low, but I'll talk about that more thoroughly in a different post, likely after release.

Simply put, I took advantage of the time frame and settings in these books by writing wholly different genres of stories among the sci-fi.  You've got knights, castles, a western, a police story, "Age of Sail"-type warfare, politics, romance (kinda), mobsters (a little), and horror (a little), all mixed up with a huge continuation and conclusion of the Caprica TV show, more Cylon warfare, and an epilogue with some of the people from Battlestar Galactica set on Earth II (our Earth) about a decade after settlement.  And that leads to the next point.

For Colonies, however, I'm out on a limb.  The closest guidance the series gave me was the epilogue of "Daybreak."  I've watched that scene many times and read its transcription often enough, too.  I took it to heart and crafted a story set in our own future that seeks to fulfill something "Head Six" said.  The problem is ... I worry that people may not like it.  It is, however, the ending that I feel must happen, so that overwhelms my concerns.  Mostly.

As for what's around that ending, there's flashbacks to the crew of the late Galactica.  I have no worries about that stuff; I think it turned out great.  However, there are some elements of the portions of the story in our future that bother me.  I'm writing about real nations now and not something pulled out of thin air for Sagittaron a thousand years before the Cylon War, for example.  Invariably, that means politics are injected into the story somewhat and that concerns me, too.  Though all dramatic sci-fi inevitably comments on the world around its creators when it was written and produced, this feels more on the nose since I'm typing words like "United States" instead of "the People's Revolution of Scorpia."  In the end, I don't think it can be helped.  I tried in my latest rewrite to tamp some elements down and shift others, but when I was finished, it felt as though I was left with a hole in the story that had to be replaced.

Alright, alright.  Enough of the therapy session.  Now that I've gotten it off my chest, maybe I won't fret about it too much more.  Maybe.

(PS: I'm starting to read/edit in a day or so ... it'll be a slow process of reading and immediately changing word choices if needed, fleshing out if needed, etc.  It's been a while since I've read Book One so I'm kinda looking forward to it.) 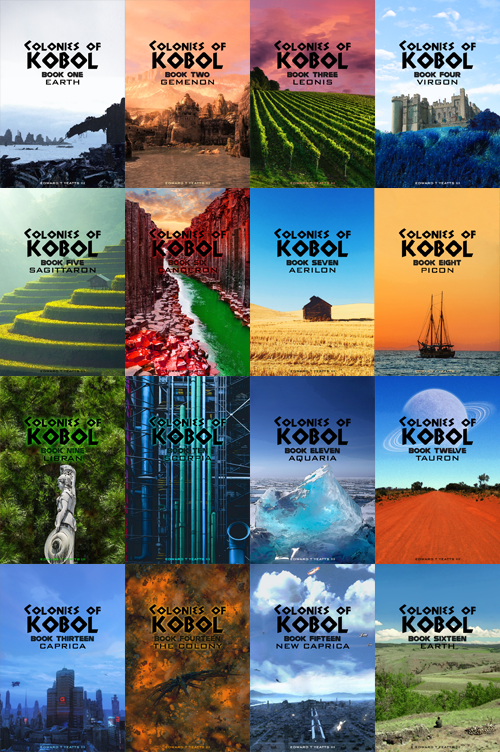