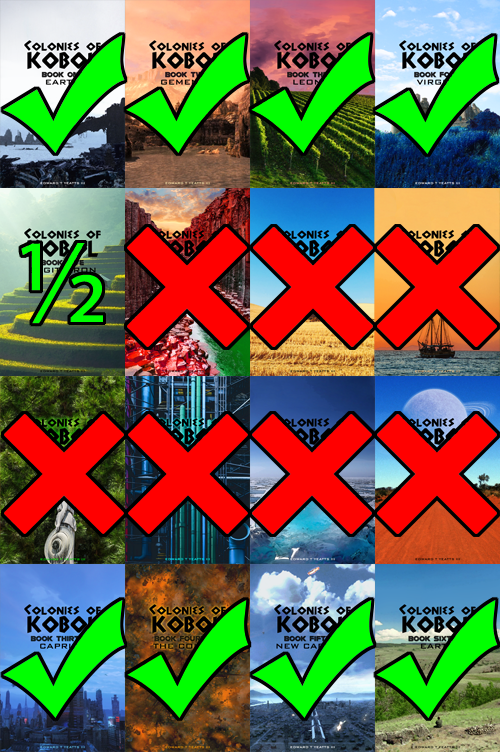 My approach to this particular "interview" was different than the others.  I based this one on something the late, great Richard Hatch said.

When it comes to his departure from the show, he said he wished that he had gotten a scene like Gaeta did.  If you'll recall, before the execution, Gaeta spoke to Baltar and had a nice scene, but Zarek got no such moment.  So, I've crafted one for him.

It's written as though it might be a deleted scene, but I do not suggest that this "really" happened.  For one thing, I don't believe Roslin would have dignified Zarek with this relatively pleasant conversation so soon after the coup attempt.  Instead, I'm suggesting that the Messengers are interviewing Zarek by way of a pre-execution conversation.  Many of the points that Tom brings up were brought up by Hatch in interviews he gave about his character (some of his lines are word-for-word).  The rest ties in to Book Five's themes.

"You know, I only ever spoke the truth."

"OK," Roslin said.  She turned the chair next to him around so that it faced him.  When she sat, she said, "I'll play along.  For the moment."

Zarek blinked.  "I've only ever wanted to hold people in power accountable.  That's all.  The best weapon for that is the truth.  I've been willing to pay the price, too.  Prison."  He looked down at himself.  "This."

"If, somehow, you were president of the Colonies and there had been no attack, there's no way you could have gotten away with the things you've done.  You and Adama.  No way.  All of the executive orders?  All the times you ignored the Quorum?  Violations of the Articles?  The press would have roasted you, and I mean more than the dozen people on Colonial One.  I mean the media of all the Twelve Colonies.  The Quorum and Council would have started inquiries and probably even impeachment proceedings."  Roslin smiled and nodded.  "You would have been dragged to Libran and brought before the Supreme Hall of Justice."

"But that's the past, Tom."  She tilted her head and spoke with only the slightest hint of sarcasm.  "I don't want to hold on to the fantasy of what was."

"So you do listen.  Sometimes."

"The gardener on Cloud Nine, remember?"

"Yes.  I wonder what happened to him."  Zarek took a deep breath and said, "The point is, you and Adama both acted unilaterally and endangered all that remains of humanity.  You tried to suspend or circumvent democracy just because you thought that you knew best, time and time again over the last four years."

"Minus a year or so under Baltar."

"Of course," Tom sighed.  "Don't try to distract from my point, Laura."

She raised her eyebrows, surprised at his sudden apparent acrimony.  "Bill and I only ever wanted to lead the fleet to safety."

"Yes.  Earth.  Your shared fantasy with the admiral that you inflicted on us all."  Zarek looked toward the ceiling and said, "Someone once described you to me as a 'benevolent tyrant.'"  He looked at her and, with another thoughtful blink, shifted tones again.  "You're more like a mother who lives in a primitive village.  Outside, in the night, a powerful enemy stalks and kills everyone they see.  You don't want the baby to cry out, so you cover its mouth.  You think you're protecting us, but you're really smothering us."

She stared at him and her expression hardened.  "I could certainly describe you with a choice analogy or two."

"Oh, I'm sure.  My time is nearly up," he tried to adjust his posture, but the restraints kept him tied to the chair firmly, "but let's remember how we got here.  The Quorum held a vote on keeping Cylons off civilian ships.  The Roslin-Adama dictatorship decided that the Articles somehow didn't apply in this situation and ordered Marines to storm ships that didn't comply.  Marines accompanied by the same faces of the Cylons who killed almost thirty billion of us."

"It was necessary," Laura said.

He smiled and nodded.  "Of course it was.  It always is."

"I'm the president and he's the admiral.  We know what's best for our futures."

"There you go.  That's the thing that galls me about you and Adama.  You're not our 'space parents,' but that's how you behave.  You can't see what it's like for the 'children.'  You can't see it from the perspective of me, or the Quorum, or the other forty thousand people in the fleet.  You never explain anything to anyone and then you wonder why people have to be dragged, kicking and screaming, along with you."

"That's not true.  We had the Cylon leader, uh, Natalie.  She spoke to the Quorum."

"Only after you were goaded into it by Lee."  Her face fell and Tom smiled again.  "Mm?  How much of it is your pride?  How much of it is that religious thing that you refuse to let go, even after we found Earth?"  As she looked away in thought, Zarek grinned.  "Like I said, I only ever spoke the truth.  If this fleet ever finds a home, you may be proven to be a good leader, but you've been a terrible president."  His smile vanished and he seemed blank.

Laura lowered her head to look into his face.  Finally, softly, she asked, "What is that you feel?  Regret?"

"Because of what's about to happen?"

"No.  It's because of what might happen after I'm gone.  I tried and failed to make a change."  He looked at her and she could sense the anger from him.  "The fate of humanity is now firmly in yours and Adama's hands, and I fear for it."

"Are you sure you don't feel that way because you lost your chance to seize power?"

"For my own personal gain?"  She nodded.  "Laura, I thought we were coming to an understanding."  He sighed again.  "There is a kind of quiet desperation that people like me feel."

He nodded.  "I grew up on Sagittaron.  Quiet desperation is all most of us ever felt."

"But classhood was eliminated decades ago."

Zarek laughed.  "Right, as though that was the beginning and end of all the problems on Sagittaron.  Liberal college students across the worlds with posters on their dorm walls.  'End Classhood Now.'"  He shook his head.  "That was just the surface of the problem.  And the Colonial government did nothing to help what lied beneath."

"What about the Colonial Fund?"

"Yes, and the Structural Adjustment Programs."  Roslin nodded.  "That's what we call neo-imperialism."  When he saw her confused face, Tom said, "You didn't read my book, did you?"

"Well, during the Cylon War when classhood was still the law of the land, the people in power liked the influx of funds from the new federal government.  When the war ended, those same people wanted to be sure that the well never ran dry.  That they could remain in power with the livelihoods to which they became accustomed.  So they diverted money that should have been spent on infrastructure for the whole world into their own pockets.  That only lasted about a decade before the CF stepped in."

"Is this when you blew up the building?"

Zarek smirked.  "Not yet, but we're getting there."  He stretched his neck and continued, "The fund kept the ruling class flush, but it never trickled down to the people who needed it.  The CF threatened a tighter rein on things so the ruling class left power, creating all kinds of vacuums on the planet.  This led to new governments, decades of political instability, and the dreaded 'A'-word.  Austerity.  Forced limits by the CF meant that the money that fell into the hole dug by the old ruling class kept falling and there wasn't as much left for social programs, which set the people at large even further back."

"Your dissertation on post-war economic policy is fascinating, but I'm afraid we're running out of time."

"Well," he shrugged, "you asked.  I'll skip over the privatization of national industries and the pillaging of our people and resources by corporations so I can go back to desperation.  Desperation is what Sagittaron as an entire planet felt for the last twenty to thirty years.  With the CF tying the hands of the government, and the corporations – invited in by the CF – taking control of our world's resources and any economic growth that we might have enjoyed, Sagittaron stagnated and then regressed.  The government couldn't repay the loans and then had to take out even more loans to keep up on the interest."

"What about the reparations?" she asked.

Tom shook his head.  "Barely enough to keep the lights on.  Not enough for the kind of debt Sagittaron was forced to take on.  So.  A desperate world.  And desperate people.  Beholden to a federal system that was only interested in us to staff the private companies that sent food and other goods off world.  That's when I blew up the Department of Treasury building."

Roslin nodded.  "Because they oversaw the Colonial Fund."

"Exactly."  Zarek looked around the launch tube where he sat and waited.  "Centuries under the boots of the Virgan and Leonan Empires.  Decades under the thumb of the Colonial government.  Nothing our new leaders do seems to matter.  Everything my world achieves is taken, and the other Colonies are happier for it."

"Thanks for keeping me honest, Laura."

"It's the past, Tom.  You're supposed to look toward the future."

He blinked and nearly winced at hearing the word, "future."  "You're right.  But the past, of course, informs the future.  There's a difference in trying to reclaim a life from a fantasy past and trying to live in a better tomorrow because we've learned from history."

A squad of Marines entered the deck.  A pair of men dragged Felix Gaeta toward the launch tube and they stayed back as Roslin stood and returned the chair to its original position next to Zarek.  "Since I will see tomorrow," she said, "I will keep that in mind.  Goodbye, Mr. Vice President."

His eyes met Gaeta's and then danced toward the Marines, Tigh, the Adamas, and Baltar.  He looked back at her and said, "Goodbye, Madam President." 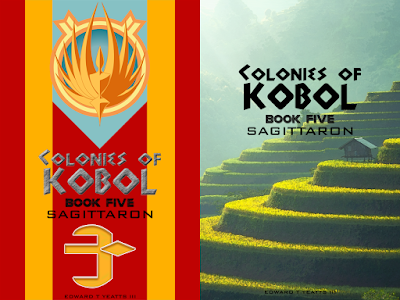