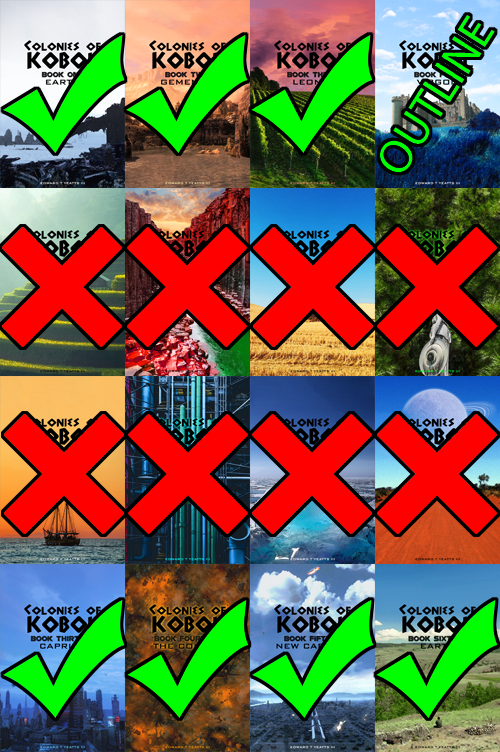 Leonis ended up being an enjoyable exercise in writing and plotting.  How to set up a thousand-year war between two worlds ... I planted some seeds that don't begin to sprout until Book Four (which I've already outlined, as you can see).

With the completion of Book Three: Leonis, Volume One is also finished.  I made a graphic to show you how I (currently) plan to separate the books into volumes: 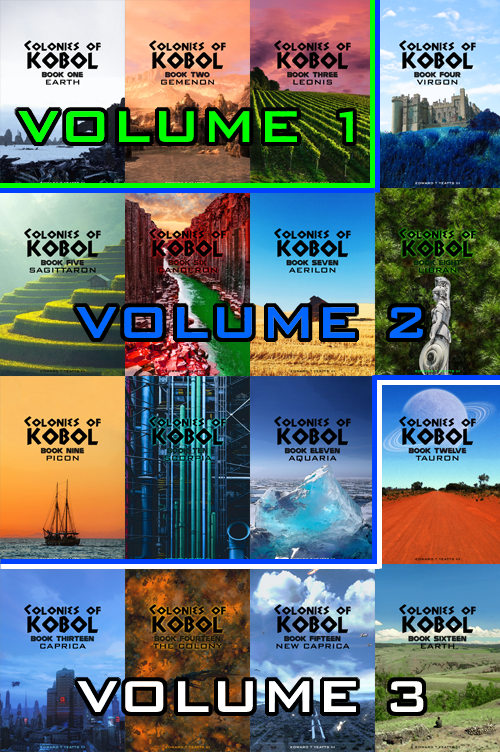 Yes, Volume One is "only" three books.  As that volume is subtitled Foundation, these three books had to set up all that follows.  In Book One: Earth, we set up the Final Five and their flight to the Colonies.  In Book Two: Gemenon, it's the conflict between monotheism and polytheism there that later becomes part of the Cylons' programming.  In Book Three: Leonis, it's setting the stage for the conflict between Leo and Virgo, one that shapes everything that happens in the Colonies for a millennium. 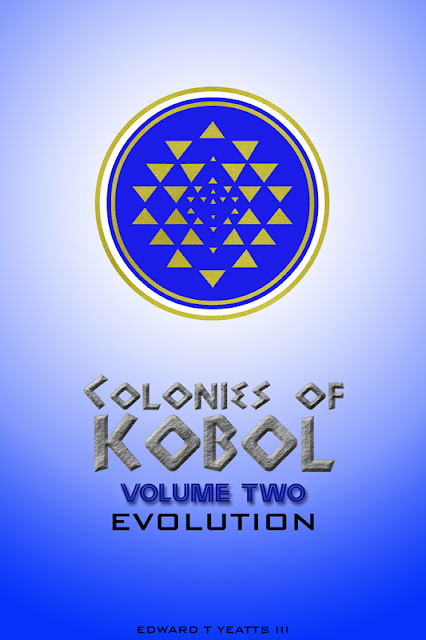 Volume Two: Evolution is just that.  How these different worlds evolve and how they are shaped by their masters who live on far away planets.  I get cracking on that in short order, starting with Book Four: Virgon. 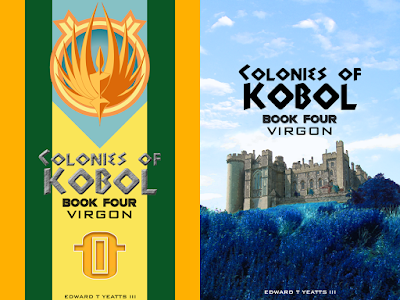 Thanks for reading.
Posted by ety3rd at 1:44 PM