If you're at all familiar with me, you know I love to map things.

Lords of Kobol, scifi, horror ... whatever I'm writing, I like to have a map handy.  More often than not, it will end up in the finished product.  Colonies of Kobol will be no different.

I don't plan on including a map for Earth, but I have made up a sketch that I'll be using for the writing. (Maybe I'll include a smaller version in the book.)

Most of the action, however, takes place in the Cyrannus Star System, which is a part of the Cimtar Star Cluster (which I noted in LoK - Book Three).  Here's what we know:

In the original show bible for the new series, there were twelve planets within a single solar system and that's what they used when they made the miniseries.  Science adviser Kevin Grazier came on before the first season was to be filmed and he changed things up a bit.  Instead of a dozen habitable worlds around a single star (which would be mathematically ridiculous), he opted for something that's fairly common in the galaxy: a double-binary star system.  Meaning, two binary systems that orbit each other; four suns, altogether.

Since we didn't spend much time in the Colonies after the first few episodes, it didn't matter much.  But then they made the prequel series, Caprica.  Since they would be doing nothing but living in the Twelve Colonies, they firmed up details in that show's bible.  Two bits of merch came out of that. 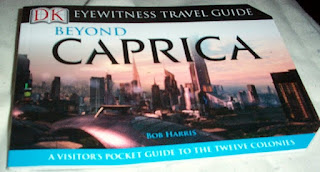 Written by actual real-world travel writer Bob Harris, it's a cool read.  Lots of production art from the show and trivia about the other Colonies we didn't see much of.  Not much in the way of maps, however.

And then there's the big wall map, created by Kevin Grazier and writer Jane Espenson, and released by QMX: 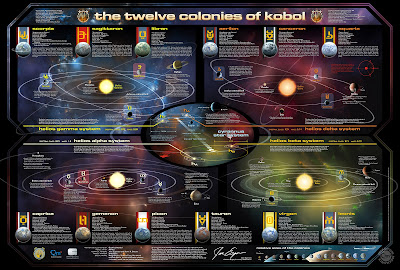 Obviously, that has lots of details and was a big influence on how I decided to make my own maps.  (And also the structure of the books I'll be writing.)

I wanted to make my maps of the systems simple.  Since they will primarily be seen on phones, Kindles, Nooks, etc., they needn't be crazy-large or overly detailed.  I just need to convey where the planets are in relation to each other and give a fact about each one. 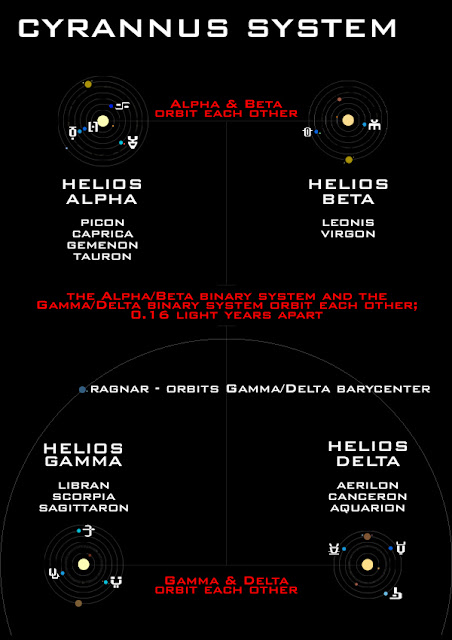 For the following individual system maps, I set them up like a great conjunction.  Again, I'm not going for accuracy as much as I'm going for visual simplicity and explanation. 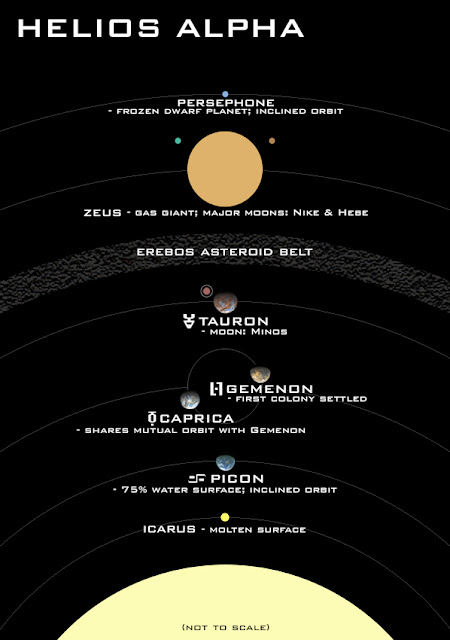 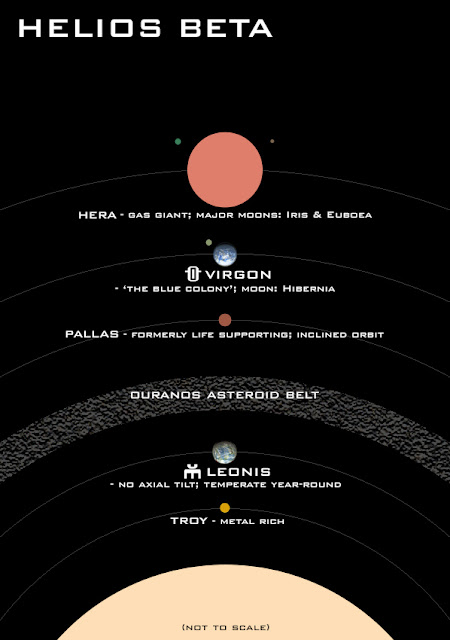 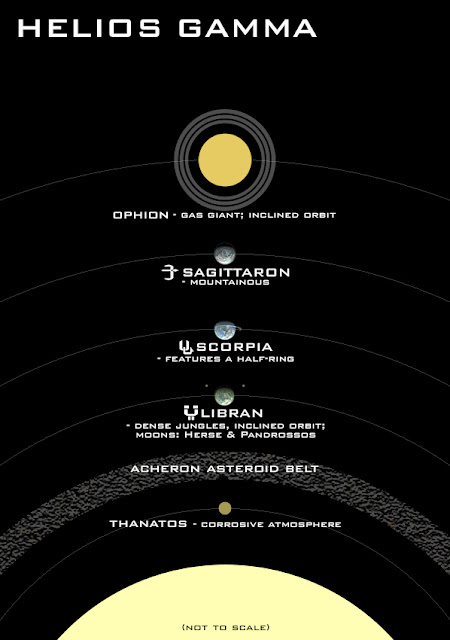 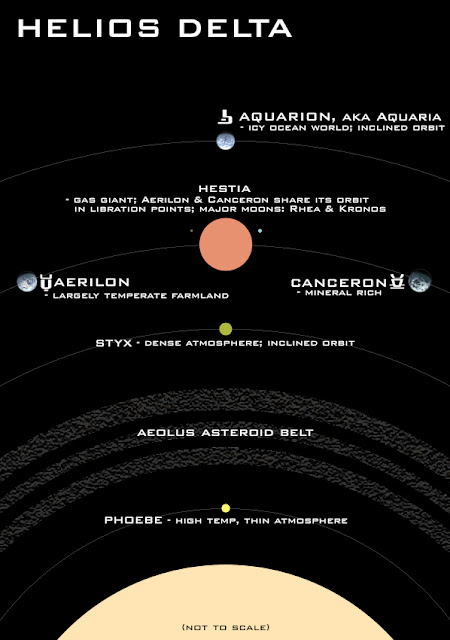 (Yes, Aquarion is sometimes called "Aquaria" in the show and related materials.  Might as well use both.)

And that's pretty much that for maps.  Again, I may decide to make maps of each colony as I write and if I do, I might include them.  We'll just have to wait and see.

Yes, I am writing a little bit at the moment.  I'm still in the middle of the "#BSG #TotalReWatch," and writing will begin in earnest when that's over.  But I've had some ideas that I needed to get written down.

More to come, of course!