First off, Lords of Kobol - Book Four - Tales from Ancient Days is dead.  It has been unpublished.  Simply put, I've found it a distraction from the narrative through-line between the trilogy and Book Five.  I never intended to write a Book Five, so having a disconnected, alternate universe Book Four wasn't really an issue six years ago when it was published.  At any rate, it's gone and sequestered to the back of Book Three as Lords of Kobol - Alternate: Tales from Ancient Days.  It's bonus footage, if you will, on the Blu-ray of Book Three. 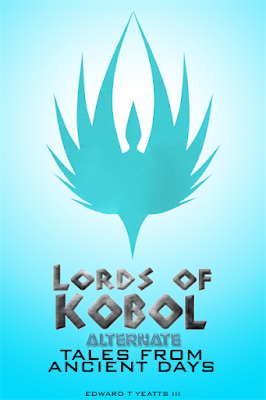 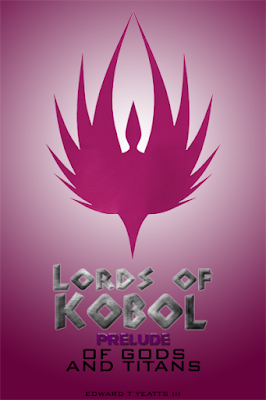 Since Book Five is a prequel to the trilogy, retitling it Prelude was an obvious decision, plus it mitigates the confusion caused by Book Four.

So, again, if you visit my page on Smashwords, you will no longer find Book Four and you will see that Book Five has been renamed.

Now, on to Colonies of Kobol.

If you haven't been following me on Twitter, Facebook, Instagram, Tumblr, etc., shame.  Secondly, you may not know that I've been doing a Battlestar Galactica rewatch and reread.  I started with the original series back in the spring, followed by Galactica 1980.  Then, I tackled the BSG-verse in chronological order.  First, I read Lords of Kobol - Prelude, then Book One, Two, and Three.  Then I watched Caprica, followed by Blood & Chrome.  As of this writing, I'm at the beginning of Galactica itself's second season.  As I watch each episode, I take notes and livetweet info about the show, both what's on screen and behind-the-scenes.  I also tweet about connections to my Kobol books.  Just look for the hashtags "#BSG #TotalReWatch."

Obviously, the main purpose behind the rewatch and reread is to get my head into the universe so I can start writing again.  I'm making notes, making outlines, and - believe it or not - I've already started writing some scenes that got into my head because I was afraid they'd leave me if I didn't put cursor to screen, as it were. 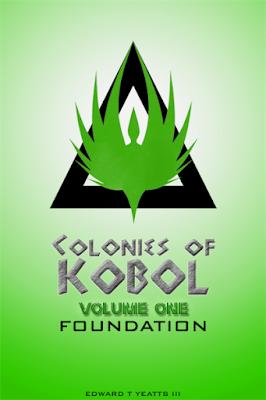 Volume One will begin with the end of Earth and the fleeing of the Final Five.  It will be followed by a few other books about different colonies, primarily in the years after the flight from Kobol (beginning with the first settlements on Gemenon).  The Earth part of the book is largely outlined already and I like it. 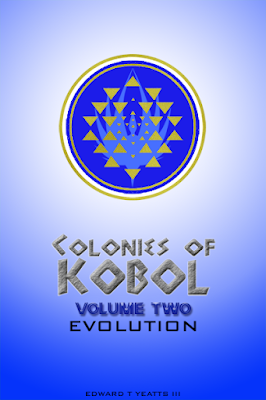 Volume Two deals with the middle ages, sorta, of the Colonies.  Lots of growing pains as humanity rules itself for the first time in millennia without gods watching over them.  (Fans of the original series may like that logo as it's the symbol for Galactica.  Here, it's the seal of the Virgon Empire.) 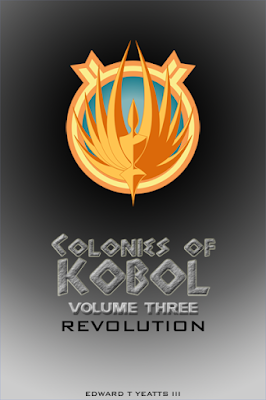 Finally, Volume Three will take us up to the Fall of the Colonies, fill in some blanks that surround Caprica and Blood & Chrome, and so forth.  I don't want to spoil anything, but part of what I've already written is in the final pages of this book.

Do I have a timetable on when these will be finished?  Well, no.  If I start in earnest in early 2017, maybe it'll be done and ready to publish in 2018.  I can't be more specific than that.  (Writing the Lords of Kobol trilogy took about six or so months, but the words just flowed, man.  Writing Book Five [Prelude] took a couple of years because I fell into a creative funk for a bit.  Who knows if that'll hit me again.)

Is there anything after Colonies of Kobol?  Well, YES.

I'm calling these the "Marble Editions."  I intend to provide author's commentary on the books by means of a link at the end of each chapter that will take the reader to the back of the book, where there will be details on why I made certain choices, images from the writing process, and more.  (I will probably publish this as one, big-ass book.) 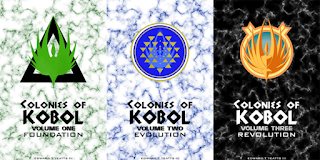 Same deal: author's commentary, images, and more woven throughout via links at the end of each chapter.

OK, now here's the big deadline I've set for myself.

Why then?  The final episodes of Battlestar Galactica aired in March, 2009.  I figure ten years is enough time for me to write all I'm going to write and close out the universe for good. 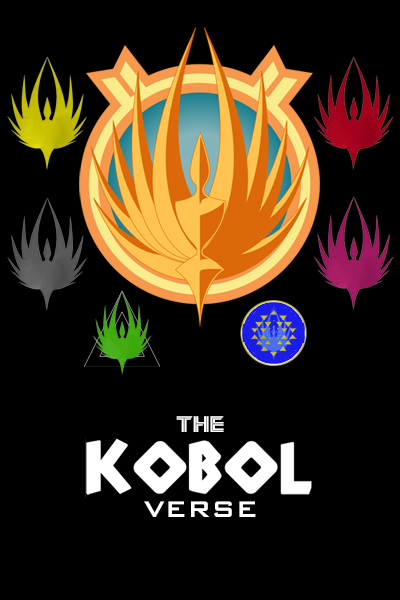