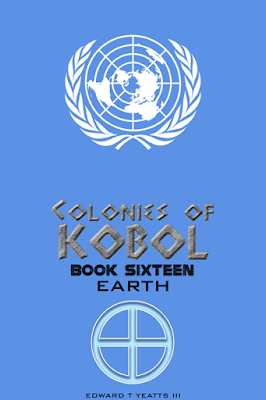 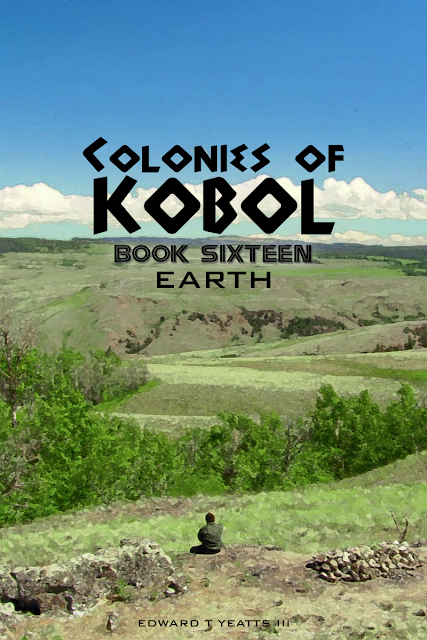 I
ADAMA
8 Years After Settlement

The raft was not as seaworthy as I'd hoped.  The waves repeatedly threatened to swamp it.  I wasn't afraid to die.  I was afraid of the emptiness that I felt inside.

I couldn't feel anything.  And that's what scared me.

You came into my thoughts.  I felt them.  It felt good.

Bill sighed briefly and looked toward the crackling fireplace.  He watched the dying flame dance for a moment and then he turned to face the pages again.

I wanted to hold them.  To cradle them.  I wanted to pull them tight against me.  I wanted to wad them up into a ball and make a pillow, so when I rested at night, my dreams would be of you.

A splash of cold caused you drift from me.  I grabbed on as hard as I could, but it was too late.  The ocean took you.

And there I was, alone.  Again.  Just me and a horizon of water.

I was hungry.  I was thirsty.  Most maddening of all, though, was the thing that wasn't in short supply.  Time.  I could starve and I could shrivel into a sun-cooked lump, and thanks to this raft and the calm sea, I would have plenty of time to do it.

Adama closed the book and slowly stood.  He twitched forward and braced his fist on the arm of the chair.  He winced and looked at the bookcase.  "Maybe this wasn't the best choice," he said, softly.

He shuffled across the room and looked at the shelves.  With a knuckle, he pushed his glasses back up his nose and blinked as his eyelashes hit the lenses.  He put Searider Falcon in its place and he scanned the spines of his small library.

Bill turned away from the wall and moved to the fireplace.  There was a small stack of wood to the side of the hearth.  He could toss a log onto the embers and the flames would return.  So would the heat.  A yawn crept through his mouth causing his jaw to flex.  He shook his head and decided it was time for bed.

He gripped the thin, metal plate from the left and slid it across the stones to block the opening of the fireplace.  The warm, orange light was concealed and Bill put his arm on the mantel.  He straightened his back and felt his muscles pull and his joints pop.  He winced in the darkness and exhaled.

For a brief moment, the seventy-year-old man was at attention.  His lungs tugged on his torso and forced him to breathe through pursed lips.  Adama took his arm off the mantel and put it on his stomach.  It grumbled with anger at its emptiness and he rubbed his hand across his front.  His baggier clothes told him first, but now Bill was sure that he had lost a lot of weight.

There was sound outside the cabin.  Like a deep, breathy exhale, the distant noise seemed to fly above the room from the south to the north.

His eyes followed in the darkness.  He knew the sound.  He had heard it for most of his life.

His breathing quickened a little and he looked at the fireplace.  He grabbed the top of the metal cover and pushed it aside.  The red ashes were nearly dead, but he knelt quickly and blew on them.  He put a small handful of dried grass on top, followed by two logs.  The grass ignited and then the wood was engulfed.

The roar of the vessel's engines was muffled by distance and soft, green hillsides.

Adama looked at the window facing the east.  The homemade glass was thick and uneven.  If the visitor peered directly inside the cabin, he wasn't sure he'd be able to recognize them.

He walked across the floor and then he stopped.  Holding his arms out from himself, he stared down and became momentarily self-conscious.  His hide moccasins were a far cry from his shined duty boots.  The loose, woven pants and shirt were bright and nothing like his blues.  He looked at the closet beside his bedroom and thought about the footlockers he had in there.  Is there time?

Bill stepped toward the door and scratched his face absentmindedly.  His beard.  He forgot his relative state of undress and realized how gray and scruffy he must appear.  His razor lay in the kitchen by the wash basin.  It taunted him for weeks to be used.  He had successfully ignored its calls.

There was a knock at the door.

His head jerked toward the sound.  He looked around the room and finally decided to abandon any attempt to clean himself up.  Once more, he straightened his back and grimaced through the brief discomfort.

His hand shook a little as it hovered above the handle.  Adama licked his lips and grabbed the wooden lever, turned it to the right, and pulled the door wide open.

A taller man stood there.  Like Adama, he was hunched over.  His head was completely bald, though he wore a long and well-trimmed beard that nearly touched his sternum.  The yellow glow of the fire cast light on the man's face and revealed a dark leather patch over the right eye.

Adama smiled a rare, toothy grin, and he took a step into the blue night.  He put both hands on the man's shoulders and looked into his good eye.  "Saul."

Tigh began to nod and, finally, he smiled broadly.  "It's good to see you."

The admiral closed his mouth and his eyebrows rose, angling into a peak above the bridge of his nose.  His throat clenched and he bit his lips from the inside.  He took another step out and hugged Tigh tightly.

Saul was still for a moment and his wide eye looked around the inside of the cabin.  Finally, he blinked and wrapped his long arms around Adama.

Bill sighed and kept his eyes closed.  He could feel the sting of tears coming, so he pulled away and leaned his head back to regard his former XO again.  "Saul."

"What …"  Adama found himself smiling again and he had to force his mouth closed so he could speak.  "What are you doing here?"

Tigh looked down at the ground and nodded his head quickly.  When he lifted his gaze, his eye squinted and narrowed on Bill's face.  "We've got a problem."